I have been researching the environmental concerns and sustainability efforts of various countries the past few weeks. Week 1 was Canada, and week 2 was Cyprus. If you haven’t had a chance to read them, click the links to check them out! This week we will be taking a look at the impacts affecting Guatemala and some of the sustainability initiatives they have implemented to mitigate these effects.

First, a little introduction of where Guatemala is located and what it is most known for. It is the largest country in Central America and has a warm climate year round. It is probably most known for its ancient Mayan ruins (which were used in the Star Wars trilogy) and coffee being its largest export. Almost 22 languages are spoken within the country which also includes different Mayan languages still being spoken and preserved. At a high-level, the majority of the environmental concerns in Guatemala are:

Majority of these issues can be attributed to deforestation, so we will focus and expand on the drivers and how it is linked to the other concerns listed above.

Deforestation is one of the main environmental and social concerns in Guatemala. Over 50% of the forests have been destroyed since 1890 and many local communities depend on them for resources and making an income. Due to this, the Guatemalan government and UNESCO developed the Maya Biosphere Reserve in 1990 which is a five million acre reserve to protect the forests and rich biodiversity in the area. The reserve was developed to promote “community forestry” as a method to reduce and mitigate practices contributing to deforestation. Community forestry is a branch of forestry that allows for the communal management of forests for generating income while using sustainable practices that reduces the impact and rate of deforestation. The idea is that the communities that rely on the forest for income will be compelled and want to protect the forest from deforestation, but is that what is really happening? Do the communities protect the forests as the theory suggests?

The specific industries utilizing the area are cattle ranchers, logging, and farming/agriculture. Many different stakeholders are involved to make sure that these industries are using the land appropriately and are implementing sustainable practices. However, these practices are not always followed by either the communities or illegal activities which is evident by the fires that occur in the reserve. One of the methods used for clearing forests that is contributing to deforestation in the area in the “slash and burn” method. In one particular section of the reserve, the slash and burn method has contributed to a 30% reduction in tree cover from 2001-2018. Illegal activities such as cocaine trafficking also use this method to quickly clear runways to land drug planes.

Over the years, these activities have severely impacted the biodiversity in the area. In particular,  the Scarlet Macaws and Jaguars have significantly been impacted. It is estimated that there are only 150-250 macaws and 340 jaguars left, and they only live in the reserve. Mangroves have also been affected contributing to soil erosion and allows for greater flooding and impacts from natural disasters.

Is Guatemala on the Road to Sustainability?

Overall, the Rainforest Alliance has determined that the Maya Biosphere Reserve has reached a near zero deforestation rate for the last 14 years. They have been involved in increasing the sustainable forestry practices (aligned with FSC certification) in Guatemala since 1990. Through these efforts, the forests generate $5,000,000 annually, employ thousands of people, and have had a net forest gain for the first time in 2017. Illegal activities still exist, but hopefully with increased traceability they will be able to eliminate these actions. 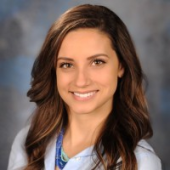 Instagram FeedPlease check your feed, the data was entered incorrectly.